You are browsing archives for

Searching for the Facts 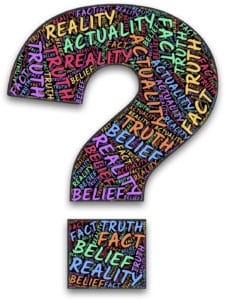 While hop-skipping through Facebook, I stopped to read a post by Brian Withrow. I always like talking with him and enjoy his relaxed manner of speech. He does a couple of sessions for the summer reading program and I’m always amazed how he can keep a room full of children buzzing around busy as bees while teaching them about the honey-producing insects. The thing that is really crazy is all the places he has gone and all the things he has done. He just isn’t the type of guy that toots his own horn, but I have run onto numerous Brian Withrow facts while doing research on other things! Now he lives here in our county and serves the northern part of the county in the position of president of the USD 254 school board. One of the points Brian made in his post was that we all have the tendency to gravitate towards the information the media is reporting that best reflects our beliefs, which unfortunately may exclude some important truths.

No one can deny that it only takes a very short stroll on Facebook, or other forms of media, to find that the unbelievable is being believed. Dishonesty, deceit, duplicity, and deception are intertwined with bits and pieces of truth and slanted in the direction in which the author leans. For example, if a sentence states, “Mary did not go, until after lunch,” leaving “until after lunch” out totally changes the statement. Much of the media leaves out little phrases here and there, and those phrases can make a big difference.

It is all so overwhelming that it is hard to figure out where to start. Following are some websites that rely on the International Fact Checking Network (IFCN). The IFCN sets a code of principles that must be followed in order to remain a part of the network. The first is Politifact! This website rates the accuracy of claims by elected officials and others who speak up in American politics. Another one is FactCheck.org. They are a nonpartisan, nonprofit “consumer advocate” for voters that aims to reduce the level of deception and confusion in U.S. politics. They monitor the factual accuracy of what is said by major U.S. political players in the form of TV ads, debates, speeches, interviews and news releases. A third is Check Your Fact. They primarily focus on hoaxes and political statements. Additional resources to check out are OpenSecrets, the Sunlight Foundation, Poynter Institute, and Ballotpedia. A good fact checking service will write with neutral wording and will provide unbiased sources to support their claims.

We have computers in the library for adults needing access to a computer. We are happy to help in any way we can to assist community members looking for correct political facts in preparation for the upcoming election!

Story Time is every Tuesday morning at 10:00. We have started over on the alphabet and are doing Alphabet Animals. We read books, do games and crafts, and finish the time with a treat to take home. All preschoolers are invited to join us for a little social interaction and a good time!

Book Club will not meet this month.

Friend us on Goodreads.